Some handy information about Hawaii Island

What Lava Zone Am I In?

What lava zone am I in?

What lava zone is the house I'd like to buy in?

It's darned hard to find someplace on the internet to determine what lava zone a particular home is in. While a few Realtor® websites are willing to state what lava zone certain subdivisions and areas are in, most won't.

Why? Largely because of how the original surveys determined the zone, and some misunderstanding about what it actually means.

It's difficult to find a high resolution copy of the USGS (U.S. Geological Survey) Miscellaneous Field Studies Map MF-2193, as it's been copied in poor quality and distributed by so many websites over the years, its a challenge to even read the legend. You can find the high resolution .PDF on the www.AlohaBoysProperties.com website as a download, or go here to view it:

Here's what the USGS legend on their lava zone map says:

Zone 1-Includes summits and rift zones of Kilauea and Mauna Loa, where vents have been repeatedly active in historical time

Zone 2-Areas adjacent to and downslope of zone 1. Fifteen to twenty-five percent of zone 2 has been covered by lava since 1800, and 25 to 75 percent has been covered within the past 750 years. Relative hazard within zone 2 decreases gradually as one moves away from zone 1

Zone 3-Areas less hazardous than zone 2 because of greater distance from recently active vents and (or) because of topography. One to five percent of zone 3 has been covered since 1800, and 15 to 75 percent has been covered within the past 750 years

Zone 4 - lncludes ail of Hualalai, where the frequency of eruptions is lower than that for Kilauea or Mauna Loa. Lava coverage is proportionally smaller, about 5 percent since 1800, and less than 15 percent within the past 750 years

Zone 6- Two areas on Mauna Loa , both protected by topography

Zone 7 -Younger part of dormant volcano Mauna Kea . Twenty percent of this area was covered by lava in the past 10,000 years

Zone 8-Remaining part of Mauna Kea . Only a few percent of this area has been covered by lava in the past 10,000 years

Zone 9 -Kohala Volcano, which last erupted over 60,000 years ago

But, the map, despite being updated a couple of times, still doesn't give the user a very good idea of what zone they're in, particularly if they seem to be on near the border between zones.

This is where the Hawaii Statewide GIS Program (geographic information systems) can help you get that dart closer to the bull's eye. Their online mapping system overlays the USGS lava hazard zone maps onto an actual satellite map of the island.

It may take a minute to figure out the map, by hovering your mouse over the map at the top of the page, and using the "+ & -" clicks to zoom in & out. But, you'll get the hang of it, and determine pretty quickly which zone a particular location is in.

​Soon, we'll give an update on insurance availability in Lava Zones 1 & 2.
Year to Year Comparison of listings and sales of homes

Condominiums are also part of the two informations graphics below.

Become Familiar with the Big Island and its Districts 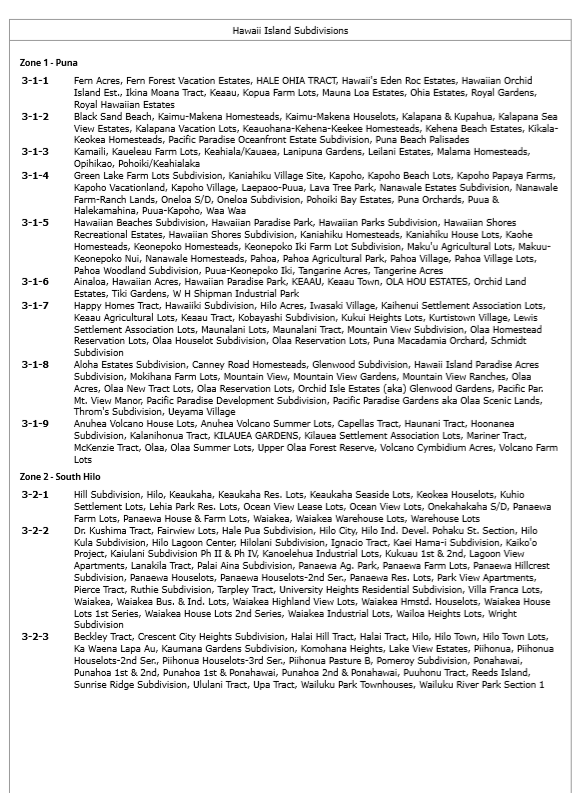 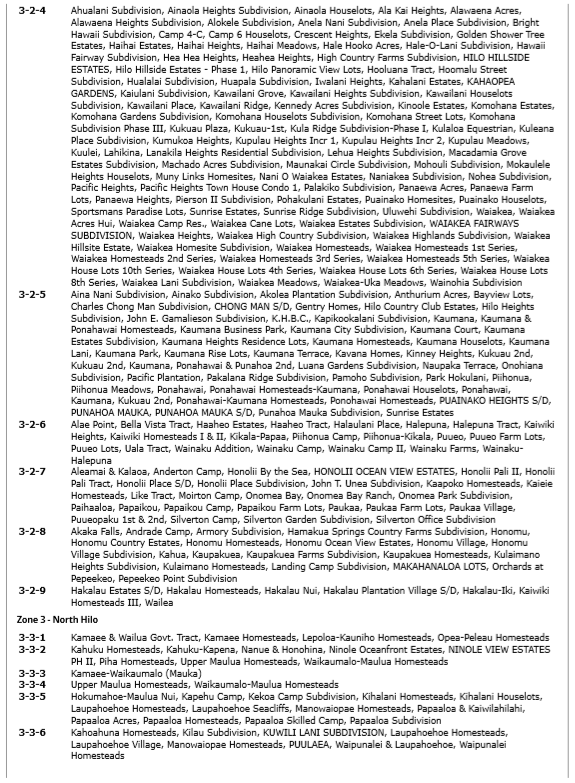 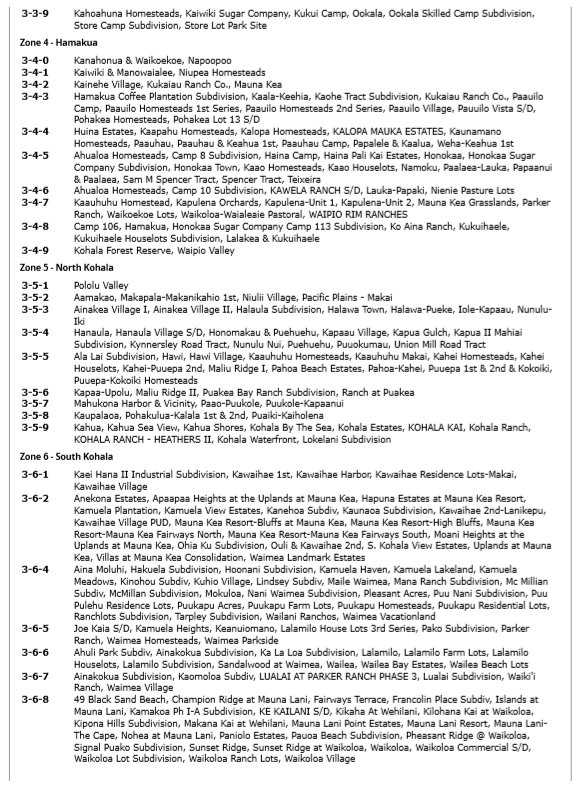 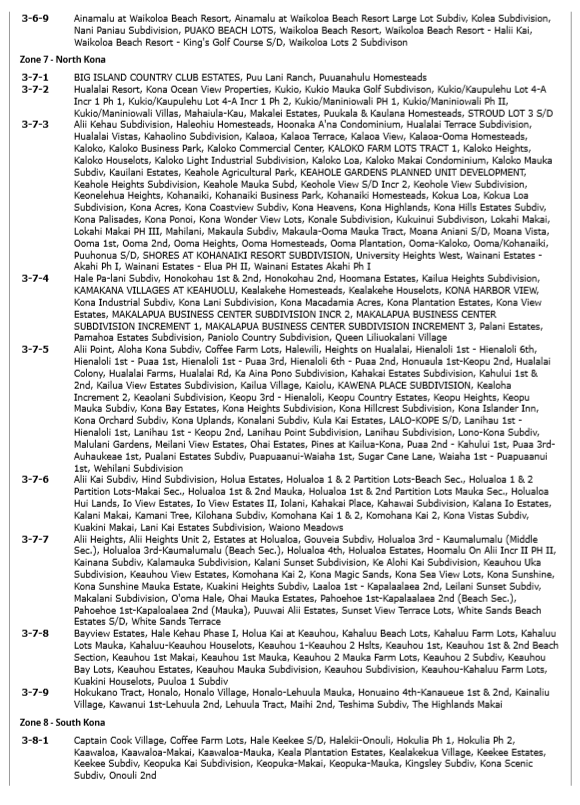 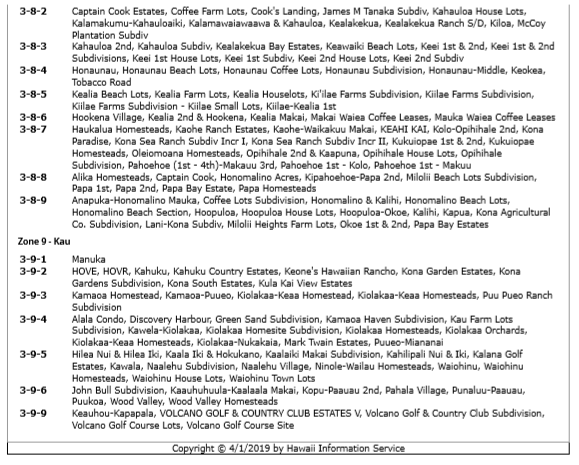 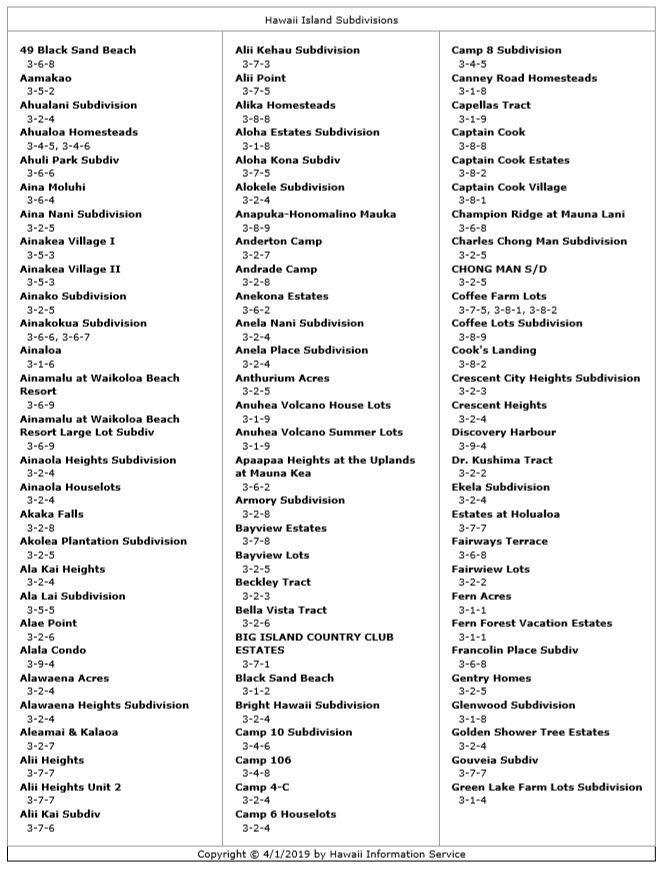 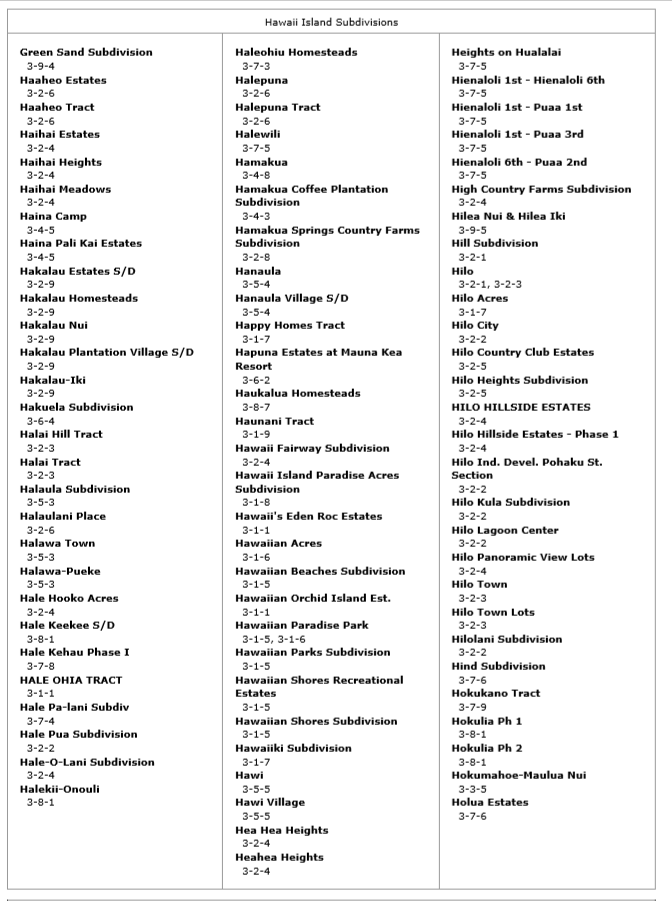 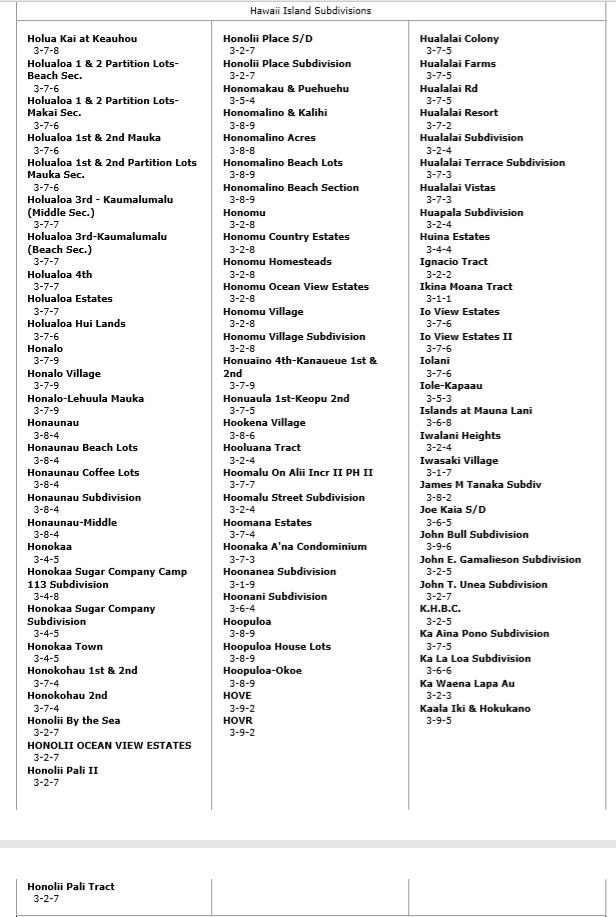 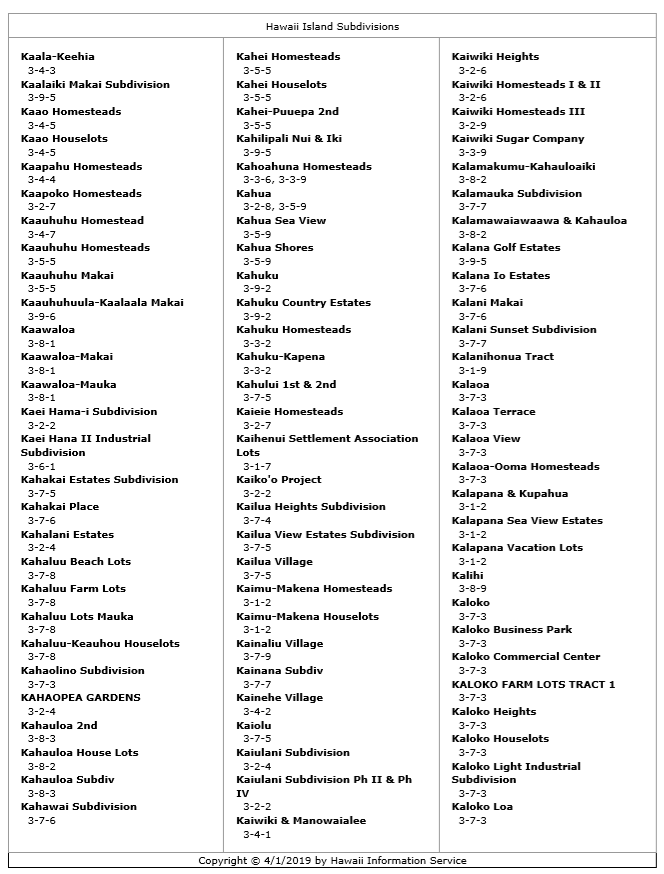 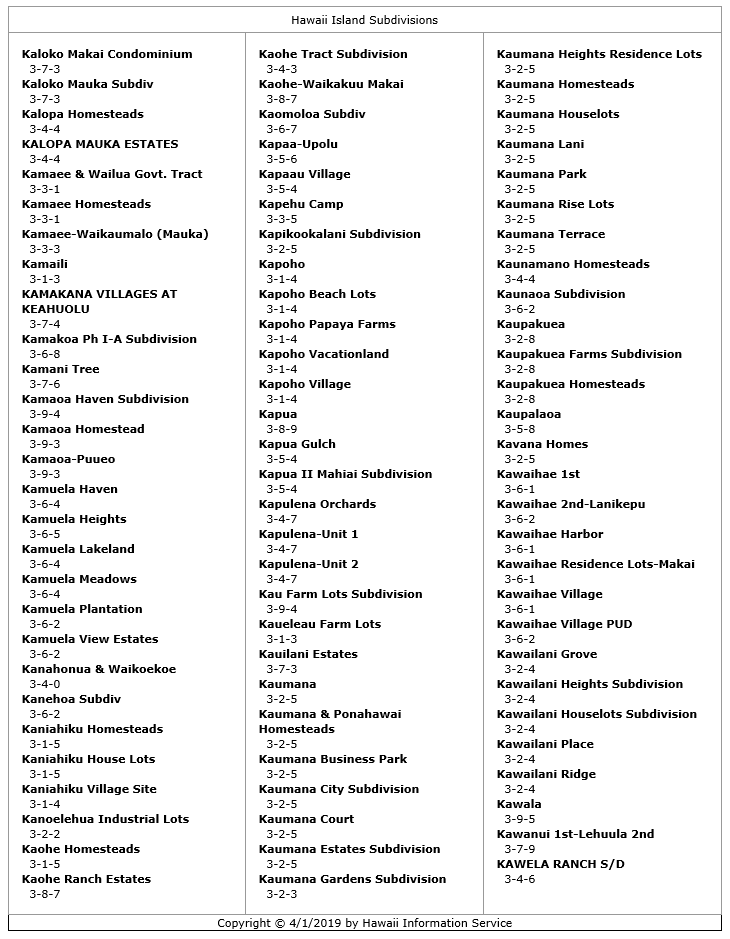 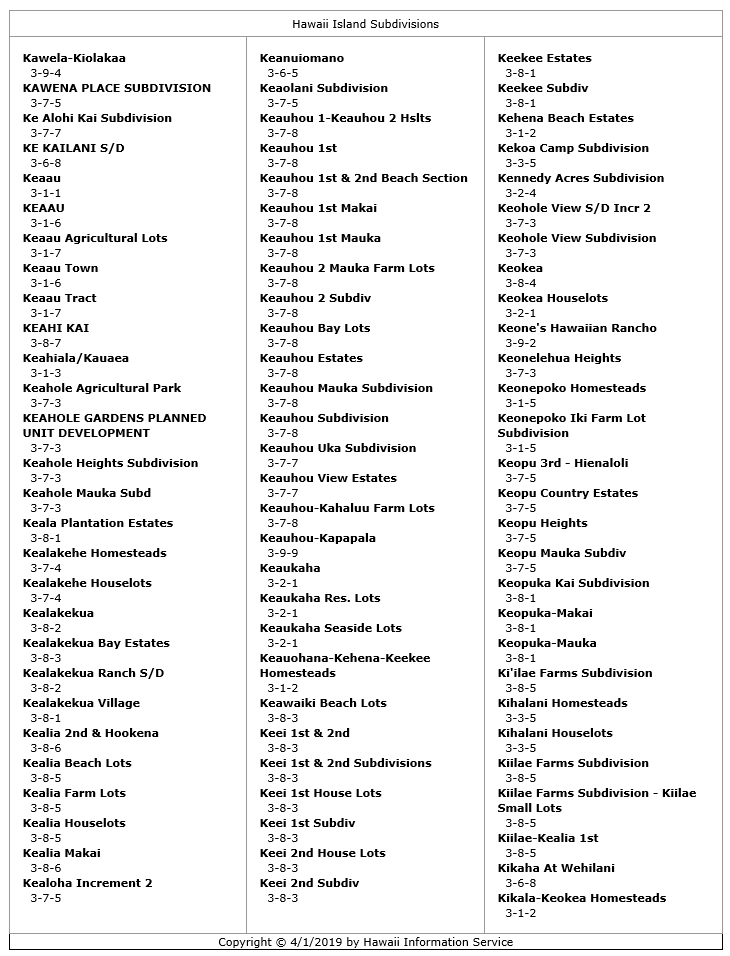 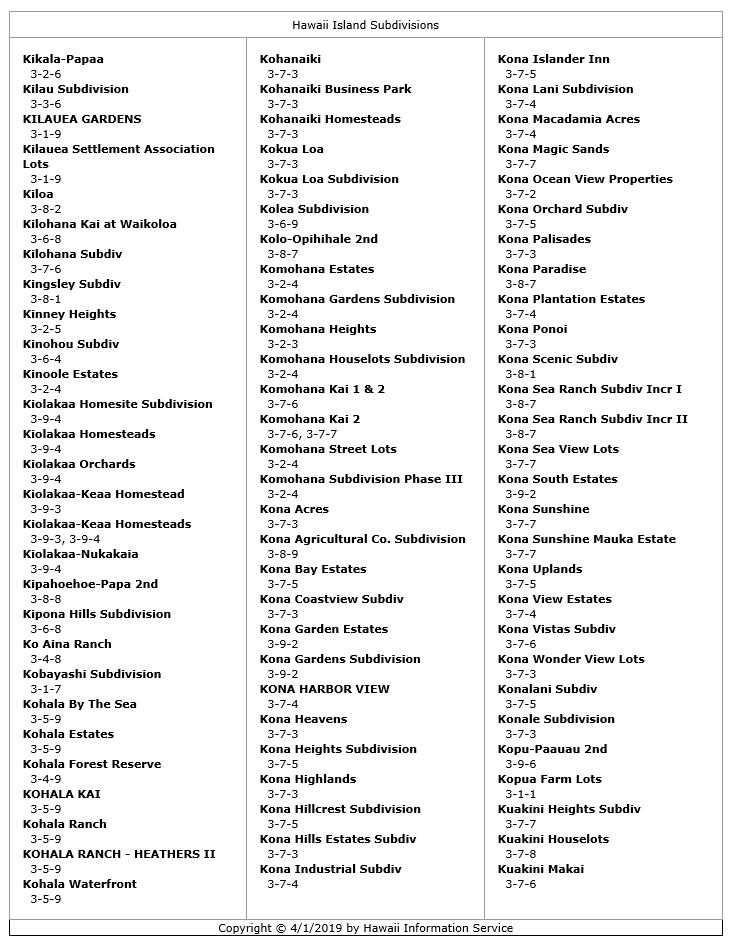 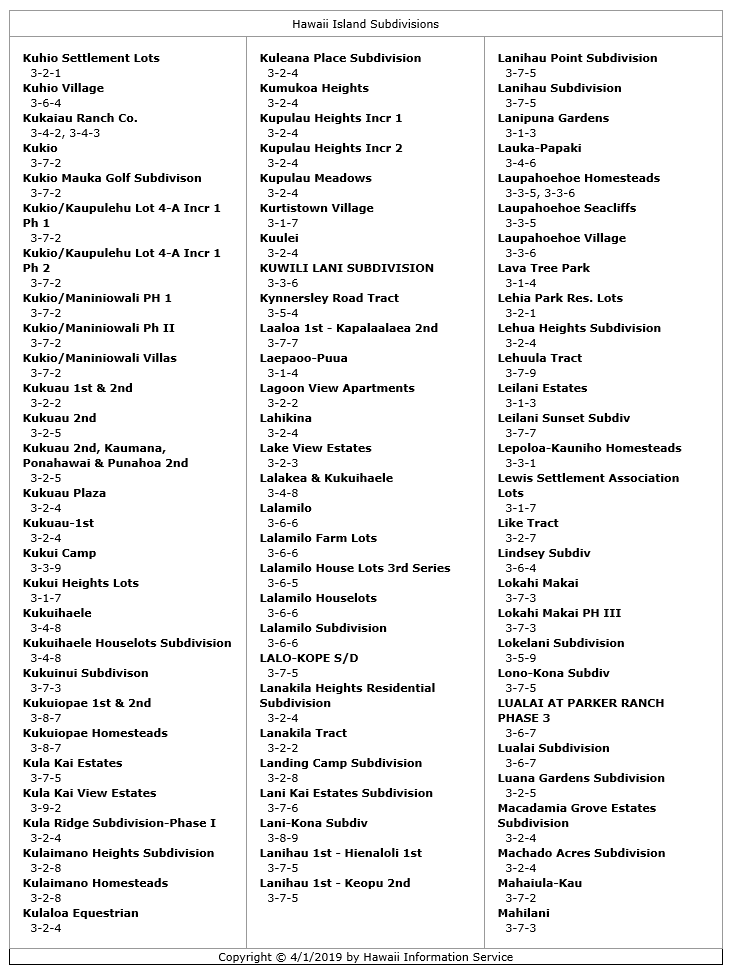 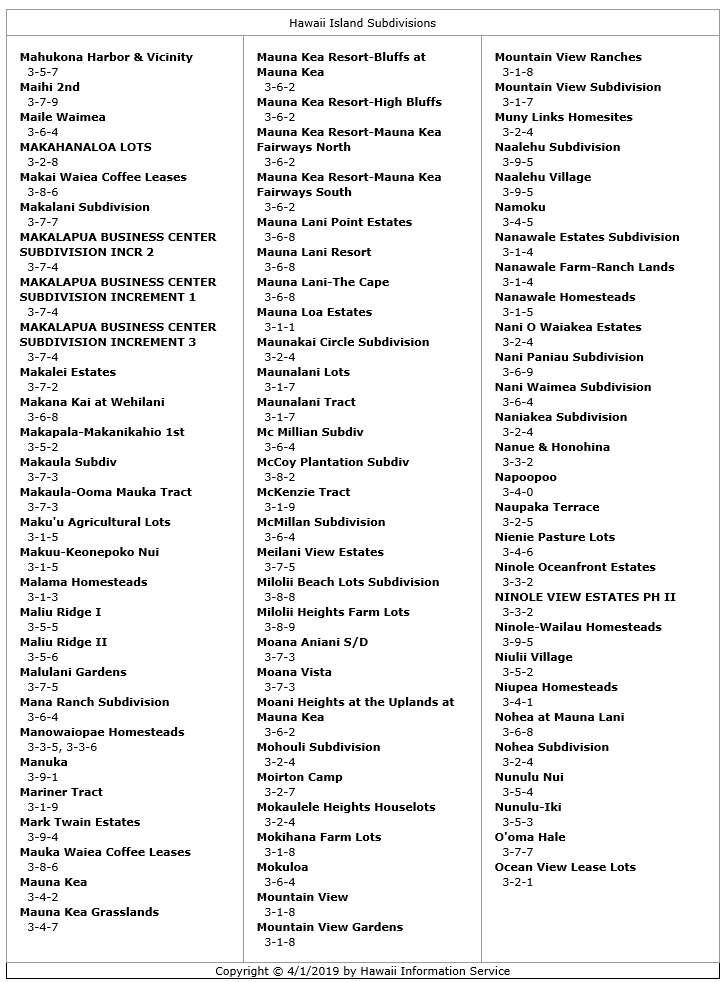 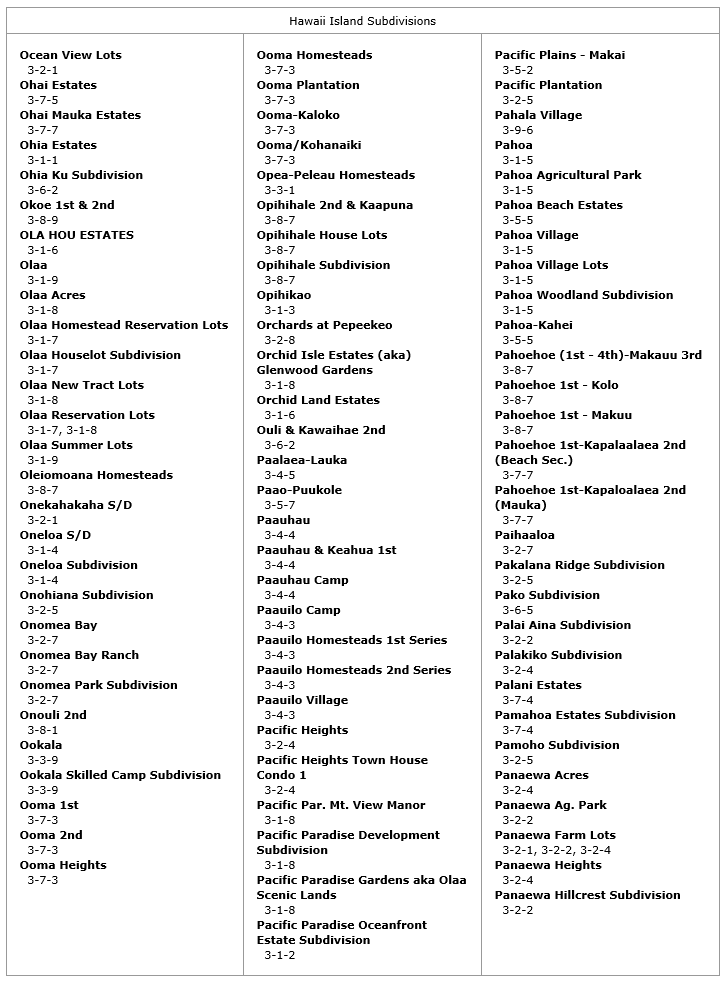 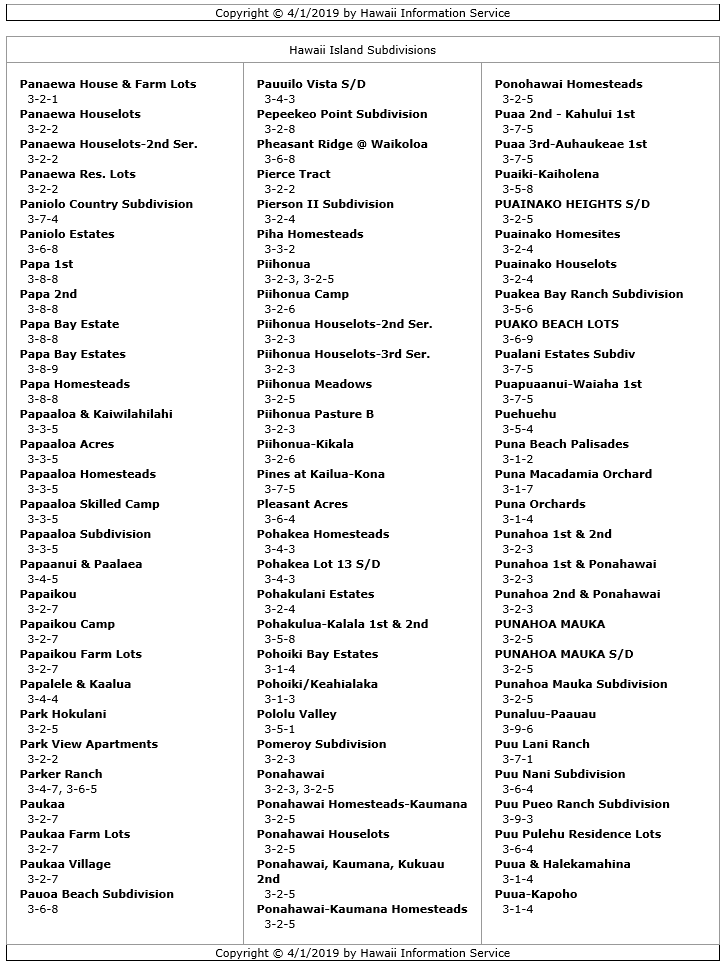 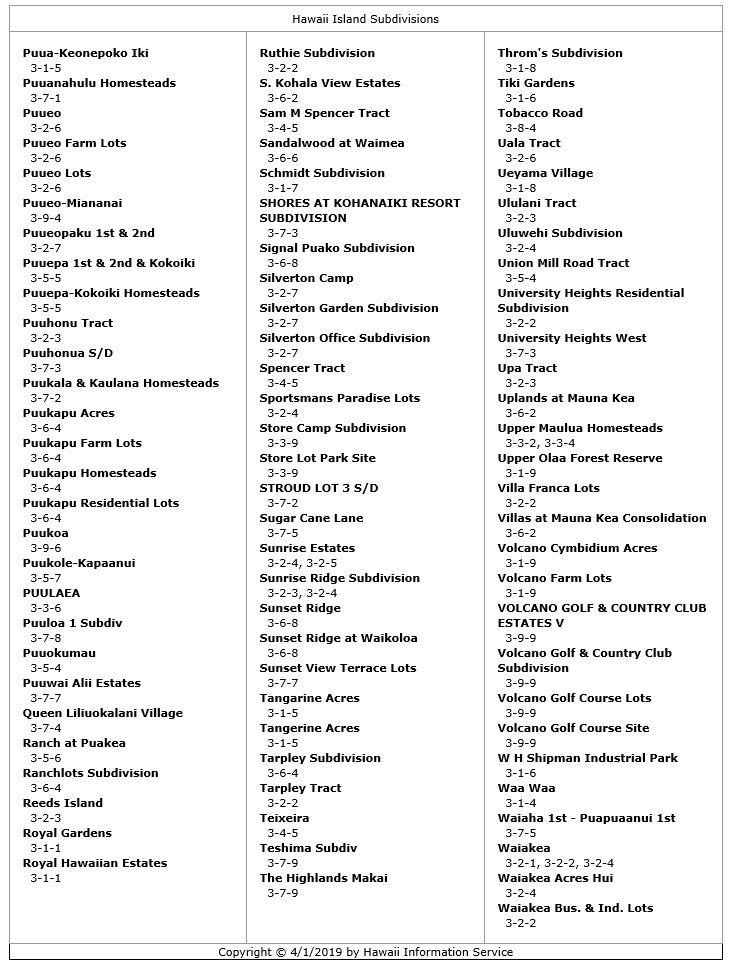 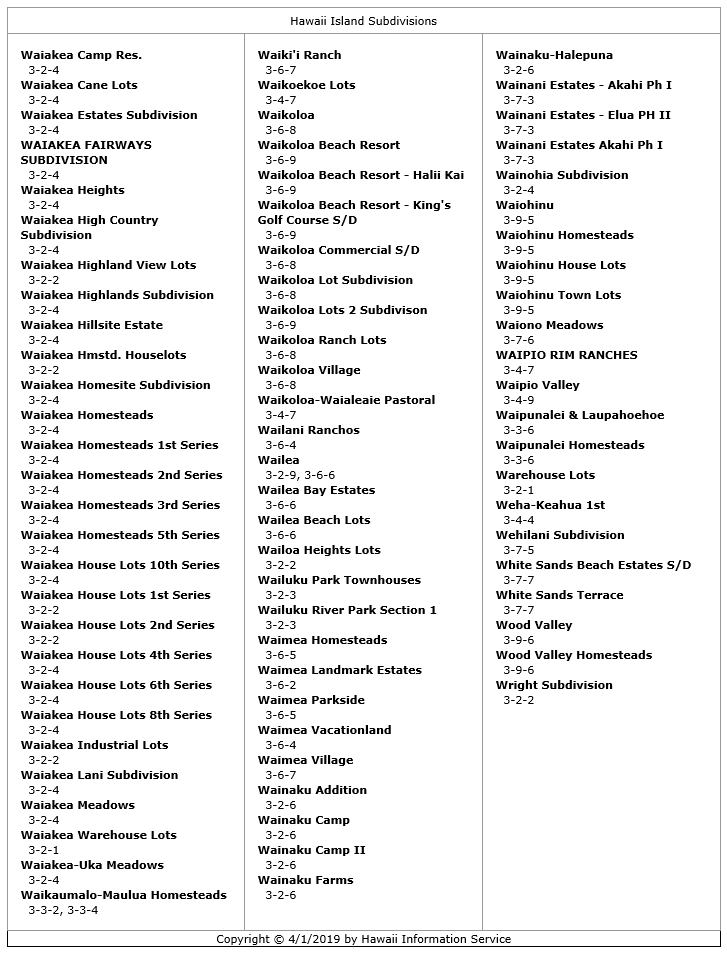